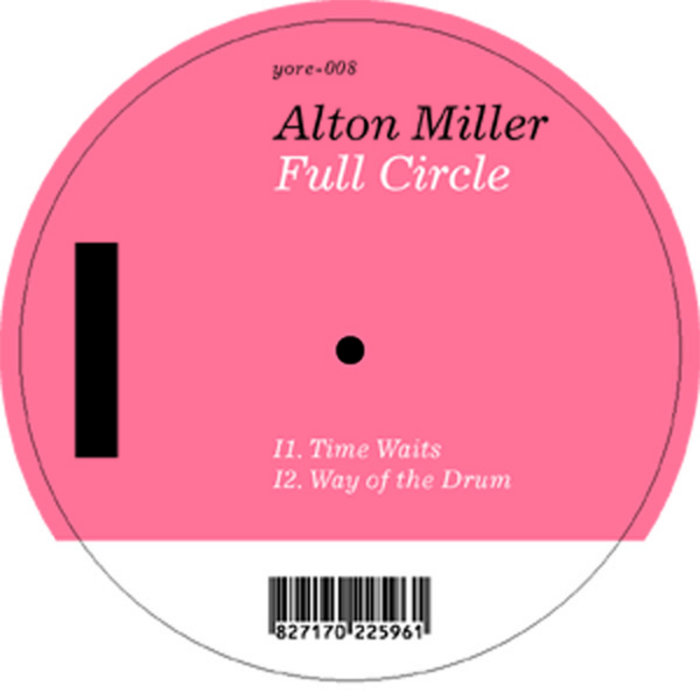 Yore returns with a Dream Team Split EP, pairing of Yore label head Andy Vaz with Sistrum manager Patrice Scott. Vaz is up first with a beautiful slice of old-school funk and soul, “Back to Square One,” that has a whole lot more in common with Isaac Hayes and James Brown than with Juan Atkins or any other Techno Icon. Accompanied by a wah-wah guitar figure and claps, a bullet-proof bass line leads a nine-minute charge that’s quickly bolstered by a slinkily swinging drum groove. Creamy synth chords and blazing horns intermittently spill over the pulsating mix and then vanish, leaving space for the rhythm to intensify and the track to grow ever more euphoric (and even, towards its close, a bit acidy). A true mission into Funk and House, which again showcases Vaz’s ultimate diversity as a Producer. Scott titled his second Sistrum release Beyond Deep and the title might just as easily apply to the B-side “Aztecal” where the Detroit producer slathers shimmering stabs and congealing streams over a thudding kick drum and flickering percussive detail. While Vaz’s cut draws inspiration from the timeless traditions of decades past, Scott’s looks towards the future when its gleaming shuttle lifts off in pursuit of distant galaxies.

Bandcamp Daily  your guide to the world of Bandcamp

Cannibal Corpse's George "Corpsegrinder" Fisher stops by for an interview